CIP uses FPGA as a heterogeneous coprocessor on servers to oﬄoad the typical image encoding, processing and decoding workﬂows from CPU. An x86 server with dual E5-2630 CPU equipped with a single CIP accelerator can increase image processing speed by 4~5x while reducing computational latency by 2~3x. 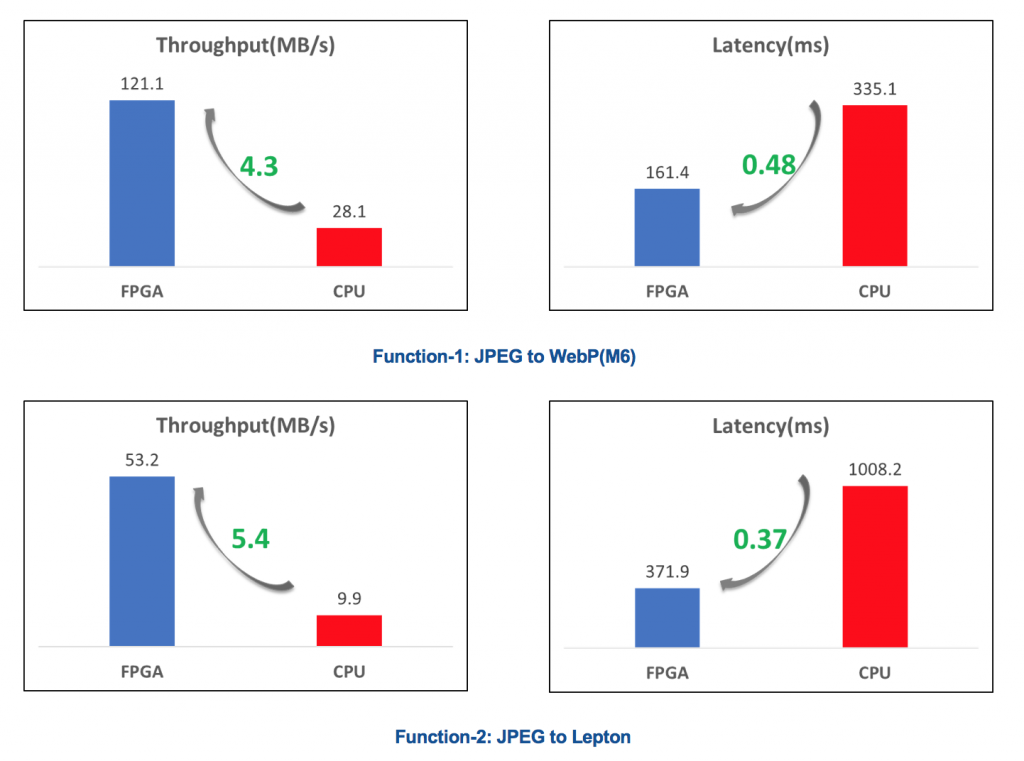